Ireland has a deserved reputation for being a mystical and magical island. From it’s famous folktales to modern reworkings such as Artemis Fowl and Skulduggery Pleasant it retains the strong sense of the ancient Celtic in it’s bones. Symbols are important. It is why the women of Aran sort to include them in their famous Mens Aran Sweaters like those you can buy from Shamrock Gift. Here are some examples of others.

A type of Christian cross featuring a striking nimbus or ring is the Celtic cross. In Ireland, according to legend, Saint Patrick introduced this Christian cross. Throughout Northern Ireland and the Republic, crosses can still be found today. 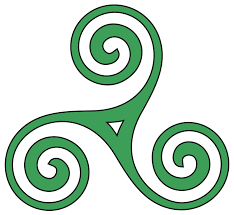 For years, tourists have come to Ireland to visit the Blarney Stone in Co Cork. Legend says that you will obtain the powers of persuasion and eloquence if you come to Blarney Castle and kiss the stone. However be warned, in Ireland, Blarney translates as “nonsense”. 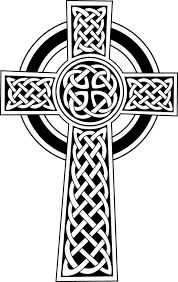 The harp has been played for centuries in Ireland. The High King, Brian Boru, who lived about the year 1000, is believed to have been a keen harp player. On coins, uniforms and official Irish papers, it also appears.

It is said that St Patrick used the shamrock, or three-leafed clover, to explain the idea of the three-in-one God to the pagan people, with the Father, the Son and the Holy Spirit. In Ireland, it is considered a good luck charm.

We haven’t even touched the Celtic knot and the Fey Folk. It really is a rich seam of story telling.