Although a pair of blue jeans is synonymous with the cowboys of the wild west, they didn’t actually originate in America. Denim itself was invented in France, before being taken over to America to be sold in the form of hardwearing trousers which were the very first jeans.

Popular during the California gold rush, when men flocked to the area to hunt for gold and make their fortune, the first Levi Strauss store was opened up in San Francisco in the 19th Century, and it went down a storm! 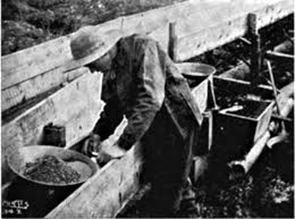 As the years went on and the popularity of these hardwearing trousers showed no signs of waning, the trousers started to become fashionable as well as popular work wear for the working man. Buttons and zips changed with fashion as the years went on and soon jeans became something that was worn as a fashion look and many different varieties of denim were developed, each with their own look.

Acid wash denim was popular in the 90s, whereas the current trends are favouring distressed denim. It is easy today to walk into a shop and pick out a pair of jeans from a vast variety such as these mens Bugatti Flexcity jeans from EJ Menswear. 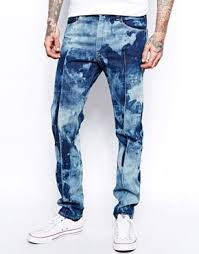 Denim has come a long way since it was first created as a practical material suitable for a hard day’s labour – even Levi Strauss himself would probably not have predicted that denim or his famous brand would still be as popular as it is today!