We review all good things
Latest Business & Tech news. Reviews , Trends and more
Home » Tips and Ideas » The beginning of the Bronze Age.

At around eight thousand years ago the human race underwent a huge change. The old stone that they had previously worked was slowly phased out for something new and exciting. This was a metal and it was bronze. Accidentally discovered when tin fell in with some copper. The Bronze age was not something that happened over night. It was a slow and gradual adaptation to the new technology. Burning huge amounts of wood that would make a Timber Merchants Southampton based company, or anywhere else for that matter, weep, they learnt to melt the metal and pour it into moulds. 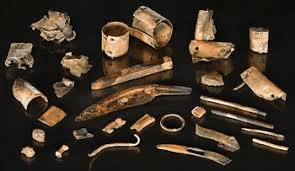 Sadly, the first things that they made them into was metal and armour. There was a logical reason behind this, resources were short and any military advantage over a rival or fledgling civilisation was jumped on. After the battles were settled then they began to make jewelry, tableware, tools and cutlery.

These tools soon opened up the world to new possibilities. The plough was stronger and able to till land that was deemed unusable. Casts could be used to make bricks. Stronger bolts could be applied to make chariot wheels. The modern world was millenia away but this was a step in the right direction.