Believe or not, there is a National Battery Day in the United States on February 18th. Batteries are an everyday item that we rely on for an absolute ton of reasons. The operate everything from our clocks through to the fire alarms that the Gloucester letting Agency we rent from put up in the house. But we don’t show them enough love so let’s take a look at some fairly random but interesting facts all about batteries:

The first person was to describe an electrochemical battery was an Italian chap called Alessandro Volta and before the Euro, his face appeared on Italian bank notes called lira. National Battery Day falls on the celebration of his birthday. Volta stacked copper and zinc discs with brine-soaked cloth in between them. When he completed the circuit, there was an electric current. His invention was inspired by an argument over frog legs!

The first person to actually make a practical source of electricity was John Frederic Daniell and he named it the Daniell Cell, of course! Two of the many types of batteries are wet cell and dry cell.

The southern shore of Manhattan is called The Battery and there is a beautiful park there called Battery Park. 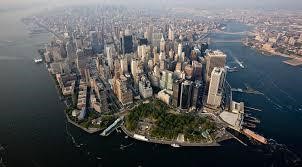 There is even a fish and chip shop in New York called ‘A Salt and Battery’ – this is brilliant, ok not really battery related but it still made me chuckle. In criminal circles, battery is an offence involving the unlawful physical acting upon a threat.

The discovery of a small Parthian jar in modern day Iraq suggests that Volta may have been beaten when it comes to the invention, which is why he is carefully referred to as inventor of the modern battery. The first rechargeable battery was invented in 1859 by the Frenchman Gaston Plante. The first creation was a spiral roll of two sheets of lead kept apart from each other by linen cloth and soaked in a glass jar of sulfuric acid solution. Plante’s battery is similar to the lead acid battery found in modern day cars. 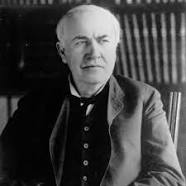 The same Frenchman discovered the first fossils of a prehistoric bird named Gastonis (after himself of course). He made this incredible discovery near Paris just a few years before his battery success. He was a rather busy chap!

Thomas Edison produced a Nickel-Iron battery in 1901 which proved popular in European mining and railway vehicles.

Batteries keep our hectic lives running and because of the high demands of such hectic lives, lithium battery power has become the preferred energy source for many products like laptops, e-cigarettes, children’s toys, passenger vehicles and mobile phones.

Lithium is lightweight and affordable and lasts several times longer than nickel cadmium and alkaline batteries. Though widely used, they can pose a safety risk when they overheat because they can explode. This is why you have o be careful if you try to take them on an aircraft for example.