The new year is coming! Not 2023, that’s not for another six months; I’m talking about the year 5783! That’s only a month or so away. I’m referring to the Jewish festival of Rosh Hashanah. This is when Jews all over the world look to celebrate the new year. Having never adopted the Gregorian calendar, the years have been a constant since the end of the old testament. However, if you want to be involved, then why not get some Rosh Hashanah cards from cazenovejudaica.com. 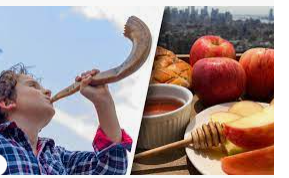 It’s a very special time for those of the Jewish faith as it not only signifies the start of the new year its also seen as the birth of Adam and Eve, the original humans on Earth at creation. It’s when we humans first began living on God’s Earth, so there is much to be thankful for and celebrate. 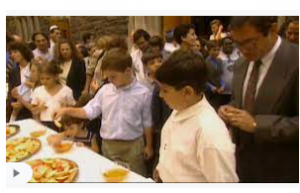 The festivities get underway with the ceremonial blowing of Ram’s horn. The bigger, the better seems to be the order of the day. Smaller horns are used at home, but for many, a full-length horn is needed. The reasons for this are simple. The Torah states to “raise a noise”, and this wind instrument is one of the best for that.

In terms of food, it’s a day of feasting on honeyed apples, pomegranates, spinach, gefilte fish, sweet wine, jams and dates. It’s thought that the sweetness of the food will bring about a sweet year.