A couple from Nunthorpe who managed a popular local pub for two years have won their case against their former employer, Samuel Smiths. Their case covered three elements: unauthorised deduction from wages, constructive unfair dismissal, and breach of contract.

The tribunal heard that the couple had begun managing the pub in 2019 and had increased takings by over 30% year-on-year within three months of taking over.

The main dispute concerned an attempt to deduct more than four thousand pounds from their joint pay based on a clause in their employment contract regarding gaps in the stock levels. The couple resigned from their roles with immediate effect in July 2021 and claimed the attempted deduction amounted to a constructive dismissal because there had been a clear and obvious breach of trust and confidence.

The brewery had previously made deductions of £438 and £565 – and the couple told how on one occasion, a stock-taker made them visit a cashpoint to withdraw £480 to reimburse the brewery for alleged gaps in stock before they were allowed to take on the permanent management roles. 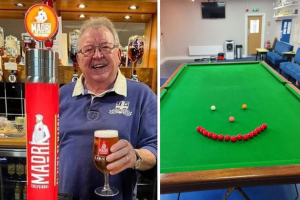 When it came to the attempted deduction of £4,361 from the couple’s joint salary, the tribunal employment Judge said that the brewery had shown no regard for the impact that such a substantial deduction would have to “people on relatively low income”, and that he could “not imagine anything that could be more demonstrative of improperly acting in a manner calculated, or likely to destroy the relationship of trust and confidence that ought to exist between an employer and an employee.”

The judge said that the brewery was not authorised to make the deduction and that they did not even investigate the circumstances leading to the alleged discrepancies in stock levels.

The judge also slammed the culture of the brewery and its management, saying that a culture within the company was “not one that encouraged managers to raise objections.even if they thought they were being unfairly treated” and also that “It appears that the company was not making it at all easy for employees to register their objection to any of its somewhat dictatorial actions.”

Employment law is complex but there are many experts in the field. For an experienced and knowledgeable firm such as Employment Law Friend constructive dismissal claim work is a major element of their day-to-day activity.

Constructive dismissal is not always straightforward. Usually, if an employee feels that they have no choice but to resign due to something their employer has done, then they may be able to make a constructive dismissal claim. Examples may include situations where employers underpay the employee without a good reason, where the employee is bullied or discriminated against, where an employer refuses to investigate a grievance raised, or where an employer makes unreasonable changes to working patterns/place of work without agreement. There may be one serious incident or an accumulation of smaller issues. 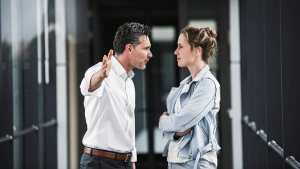 Employees can only make a constructive dismissal claim to an employment tribunal if they have ’employee’ status and have been working for their employer for 2 years or more .